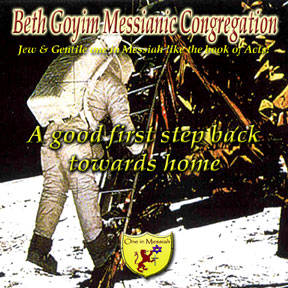 391 A good first step back towards home

Jos 7:13  So get up, consecrate the people, and say, 'Consecrate yourselves in preparation for tomorrow; for here is what Adonai the God of Isra'el says: "Isra'el, you have things under the curse of destruction among you; and you will not be able to stand before your enemies until you remove the things that were to have been destroyed from among you."

The first step towards recovery is first knowing there is a problem. Look at a national debt. If the normal American lived their life like the American Government just spending way, way more then they took in that person would have no place to live and many more serious problems. The other week the people of America stood up against the satanists. The people overwhelmingly stood for the traditional BIBLICAL definition for marriage. Many American’s went to the fast food restaurant chick-fil-a and ordered some food. This showed that each person knew in their own spirit that there was a line that was being crossed and it had to be stopped. In the Y’hoshua scripture quoted above, it takes place as Israel was taking possession of the Promised Land. They had won a battle but some people did not listen to the instructions given about taking pagan things into your home. It was after this event that Israel suffered a defeat in the next battle. The leader Y’hoshua (Joshua) fell on his face before the Lord thinking he did something wrong to cause this misery. The answer was no from the Lord. Y’hoshua did not do anything wrong but there were some people in the midst of Israel that were doing wrong and angering the Lord. The same goes for all of us today. We have been given a promise and a blessing by the Lord and it is there for our taking. We have made a good first step back toward our home with YHVH by standing for the biblical definition of marriage. Nevertheless, there might be some things in our lives that need to be examined to see if we are doing the same thing that the ancient Israeli people did under the leadership of Y’hoshua. Discover how to take that ‘first step home’ to heaven by listening to this message.