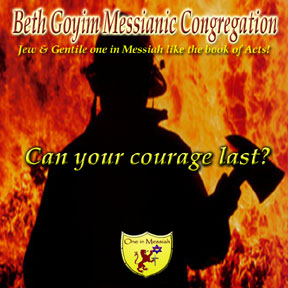 Isa 17:1  This is a prophecy about Dammesek: "Dammesek will soon stop being a city; it will become a heap of ruins.

Isa 17:2  The cities of `Aro`er will be abandoned, given over to flocks lying down undisturbed.

Have YOU paid attention to the headlines of the week to compare with Bible prophecies? Before 9/11, people were having disturbing, vivid, poignant dreams; and the same phenomena are occurring now. Are YOU faithful in your marriage to God? Do you pray to ‘the saints’ or directly to God? Can our courage last in the days that we live in?  I am noticing lately how blatant the people that don't know God as their personal Lord and Savior are in your face. They are all about taking everything away that stands for good moral values.  There was an article in the news this week where a school coach was fired because he showed his team the movie Soul Surfer.  In this movie it teaches about perseverance.  There is no profanity, or nudity, but this coach is fired for showing this film to his students.  However you look at the pornographic industries, and they are making more money than you can imagine.  The sad thing is that this is not only the secular people that are partaking of this kind of behavior.  Sadly enough, the people that call themselves God's children are also indulging their flesh by looking at these things.  There are young girls that say they are Christians that have admitted to texting naked pictures of themselves.  Attendances in the churches seem to be less and less.   Young people have admitted that they feel that going to church is superficial so they rather not go because they feel like hypocrites. There is nothing meaningful there.    Divorce, homosexuality, drunkenness, adultery, and fornication as well as some other things that Adonai talks against in his word is being promoted.  Is this what grace does for us?  Really?  Grace means that we are not responsible for our actions because Yeshua died on the cross for us?  The father is trying to warn us that the time is drawing near.  He is sounding the alarm so that we will not be caught off guard, but we have to pay attention to his word.  Is it too late for him to hear our prayers?  With Adonai nothing is impossible.   Come and see what the father has been telling us in his word his Torah.   So that our courage will last for such a time as this.                                                                                                        Zec_8:9  "Adonai-Tzva'ot says, 'Take courage, you who are hearing only now, in these days, these words spoken by the prophets when the foundation was being laid for rebuilding the temple, the house of Adonai-Tzva'ot.

SECTION 1: PROPHECY THAT IS ABOUT TO HAPPEN

SECTION 3: CAN YOUR COURAGE LAST?

If file is no longer on server send e-mail to rabbiandrew@bethgoyim.org and he will send you the file.

If you can make a donation it would be a blessing to the ministry.