The Supreme Court Justice is dead. Did Joseph Prince of Egypt come to North America? Did Solomon? What does the evidence say? What does this have to do with Justice Scalia? 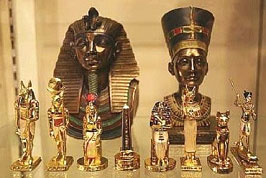 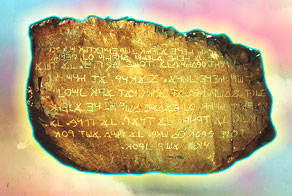 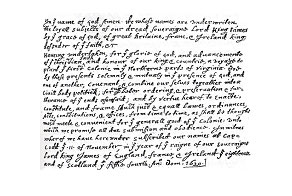 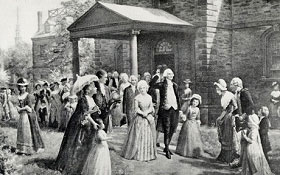 SYNOPSIS: We are living at the edge of complete change. If you don’t believe it you’re a fool. We stand at the crossroads and the key to the good road is found in the ancient ways. There is nothing new under the sun so we should be wise with our days. The time now is to be in deep study because if there is nothing new under the sun then it should be easy to figure what’s next. Oh I forgot most people hate to read and or study.

THEME 3:  HISTORICAL EVIDENCE OF A SPECIAL PURPOSE. A look at where we have been to understand where we are going. Remember there is nothing new under the sun

THEME 4: WHY NEED A CONSTITUTION OF WE HAVE THE BIBLE. Three main groups of people with major differences

Key V: Exo 18:21  But you should choose from among all the people competent men who are God-fearing, honest and incorruptible to be their leaders, in charge of thousands, hundreds, fifties and tens.

Faithful = having or showing true and constant support or loyalty, firm in adherence to promises or in observance of duty

2) sureness, reliability= able to be trusted to do or provide what is needed

5) truth as a body of ethical or religious knowledge, true doctrine

The NASB reads much simpler and truer to the original

Exo 18:21  "Furthermore, you shall select out of all the people able men who fear God, men of truth, those who hate dishonest gain; and you shall place these over them as leaders of thousands, of hundreds, of fifties and of tens.

That word is H8130  שׂנא  śânê' BDB Definition: to hate, be hateful

Lev 25:17  Thus you are not to take advantage of each other, but you are to fear your God; for I am Adonai your God. Lev 25:18  " 'Rather, you are to keep my regulations and rulings and act accordingly. If you do, you will live securely in the land.

Deu 6:13  You are to fear Adonai your God, serve him and swear by his name.

Deu 8:5  Think deeply about it: Adonai was disciplining you, just as a man disciplines his child. Deu 8:6  So obey the mitzvot of Adonai your God, living as he directs and fearing him.

Key V: Deu 28:45  "All these curses will come on you, pursuing you and overtaking you until you are destroyed, because you didn't pay attention to what Adonai your God said, observing his mitzvot and regulations that he gave you.

Key V: Rev 14:7  In a loud voice he said, "Fear God, give him glory, for the hour has come when he will pass judgment! Worship the One who made heaven and earth, the sea and the springs of water!"

Revelation 14:1-7 Fear God because the time has come

THEME 2 NOTHING NEW UNDER THE SUN: Kohelet 1:9

Key V: Jos 24:14  "Therefore fear Adonai, and serve him truly and sincerely. Put away the gods your ancestors served beyond the [Euphrates]River and in Egypt, and serve Adonai!

Y’hoshua 24:1-33 the exhortation before going onto glory

Ref 1Pe 2:6  This is why the Tanakh says, "Look! I am laying in Tziyon a stone, a chosen and precious cornerstone; and whoever rests his trust on it will certainly not be humiliated." 1Pe 2:7  Now to you who keep trusting, he is precious. But to those who are not trusting, "The very stone that the builders rejected has become the cornerstone";

These Gold Artifacts (above) from Kincaid Tunnel are on display in the Smithsonian Institute at Washington DC. from the Grand Canyon. The back two Artifacts are for King Akhenaten and Queen Nefertiti. 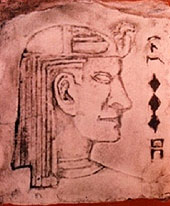 The above artifact was taken from Burrows Cave in Illinois by Russell Burrows, and is the best preserved artifact for the exact facial structure of King Zaphnath (Joseph) of Egypt that has ever been discovered!

Los Lunas is also home to a curious artifact of mysterious origin: an 80-ton stone bearing a written code that is eight and a half lines long.

THEME 4 WHY NEED A CONSTITUTION OF WE HAVE THE BIBLE.

Our Constitution was made only for a moral and religious people. It is wholly inadequate to the government of any other.

Deu 32:28  " 'They are a nation without common sense, utterly lacking in discernment. Deu 32:29  If they were wise they could figure it out and understand their destiny.

Eph 5:15  Therefore, pay careful attention to how you conduct your life — live wisely, not unwisely. Eph 5:16  Use your time well, for these are evil days.

Eph 5:17  So don't be foolish, but try to understand what the will of the Lord is.

Joh 9:4  As long as it is day, we must keep doing the work of the One who sent me; the night is coming, when no one can work.

Luk 19:41  When Yeshua had come closer and could see the city, he wept over it,

Luk 19:42  saying, "If you only knew today what is needed for shalom! But for now it is hidden from your sight.