SYNOPSIS: Are you on the outside looking into your inheritance? Do you wander around the desert? Are you part of the black cat crowd? Are you knocking and no one can hear you? Is there a fence of separation keeping you away? Are you out there with some friends saying I want to come in from the cold? Is your hand the only thing left from the fire? Does the number 603,550 mean anything to you?

Mat 13:49  So it will be at the close of the age — the angels will go forth and separate the evil people from among the righteous

Mat 13:50  and throw them into the fiery furnace, where they will wail and grind their teeth.

Key V: Mat 25:34  "Then the King will say to those on his right, 'Come, you whom my Father has blessed, take your inheritance, the Kingdom prepared for you from the founding of the world.

2Co 6:17  Therefore Adonai says, " 'Go out from their midst; separate yourselves; don't even touch what is unclean. Then I myself will receive you.

Key V: Isa 56:5  in my house, within my walls, I will give them power and a name greater than sons and daughters; I will give him an everlasting name that will not be cut off.

Isa 59:1  Adonai's arm is not too short to save, nor is his ear too dull to hear. Isa 59:2  Rather, it is your own crimes that separate you from your God; your sins have hidden his face from you, so that he doesn't hear. Isa 59:3  For your hands are stained with blood and your fingers with crime; your lips speak lies, your tongues utter wicked things. 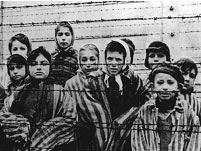 THEME 2: SEPARATION DIAMOND. Let us look at the diamond of the word to discover the true meaning of separation. B’resheet 13:8-9

Gen 30:40  Ya`akov divided the lambs and had the animals mate with the streaked and the brown in the flock of Lavan. He also kept his own livestock separate and did not have them mix with Lavan's flock.

Exo 19:11  and prepare for the third day. For on the third day, Adonai will come down on Mount Sinai before the eyes of all the people.

Lev 22:1  Adonai said to Moshe, Lev 22:2  "Tell Aharon and his sons to separate themselves from the holy things of the people of Isra'el which they set apart as holy for me, so that they will not profane my holy name; I am Adonai. Lev 22:3  Tell them, 'Any descendant of yours through all your generations who approaches the holy things that the people of Isra'el consecrate to Adonai and is unclean will be cut off from before me; I am Adonai.

Num 16:19  Korach assembled all the group who were against them at the entrance to the tent of meeting. Then the glory of Adonai appeared to the whole assembly. Num 16:20  Adonai said to Moshe and Aharon, Num 16:21  "Separate yourselves from this assembly; I'm going to destroy them right now!"

Key V: Deu 8:2  You are to remember everything of the way in which Adonai led you these forty years in the desert, humbling and testing you in order to know what was in your heart - whether you would obey his mitzvot or not.

Once again we see that it was forty years

Num 1:44  Moshe, Aharon and the twelve leaders of Isra'el, each from a clan, Num 1:45  counted the people of Isra'el by their clans, those twenty years old and over, eligible for military service in Isra'el; Num 1:46  and the grand total came to 603,550.

Ref Lev 27:3  the value you are to assign to a man between the ages of twenty and sixty years is to be fifty shekels of silver [one-and-a-quarter pounds], with the sanctuary shekel being the standard,

Deu 8:4  During these forty years the clothing you were wearing didn't grow old, and your feet didn't swell up. Deu 8:5  Think deeply about it: Adonai was disciplining you, just as a man disciplines his child. Deu 8:6  So obey the mitzvot of Adonai your God, living as he directs and fearing him.

Exo 23:20  "I am sending an angel ahead of you to guard you on the way and bring you to the place I have prepared. Exo 23:21  Pay attention to him, listen to what he says and do not rebel against him; because he will not forgive any wrongdoing of yours, since my name resides in him.

THEME 4: ENTITLEMENT VS INHERITANCE. What category do you fit into? Col 2:14

Col 2:14  He wiped away the bill of charges against us. Because of the regulations, it stood as a testimony against us; but he removed it by nailing it to the execution-stake.

Eph 2:14  For he himself is our shalom — he has made us both one and has broken down the m'chitzah which divided us Eph 2:15  by destroying in his own body the enmity occasioned by the Torah, with its commands set forth in the form of ordinances. He did this in order to create in union with himself from the two groups a single new humanity and thus make shalom,

Eph 1:11  Also in union with him we were given an inheritance, we who were picked in advance according to the purpose of the One who effects everything in keeping with the decision of his will,

Deu 33:4  the Torah Moshe commanded us as an inheritance for the community of Ya`akov. 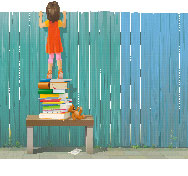