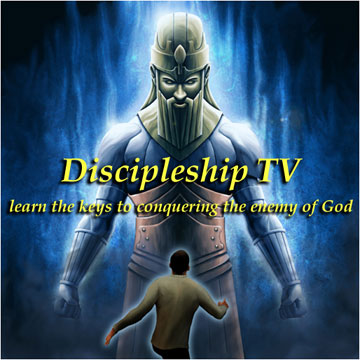 Numbers 15:30-35 " 'But an individual who does something wrong intentionally, whether a citizen or a foreigner, is blaspheming Yehovah. That person will be cut off from his people. 31 Because he has had contempt for the word of Yehovah and has disobeyed his command, that person will be cut off completely; his offense will remain with him.' " 32 While the people of Isra'el were in the desert, they found a man gathering wood on Shabbat. 33 Those who found him gathering wood brought him to Moshe, Aharon and the whole congregation. 34 They kept him in custody, because it had not yet been decided what to do to him. 35 Then Yehovah said to Moshe, "This man must be put to death; the entire community is to stone him to death outside the camp.CJB

Summary – In the context of the scriptures, Yehovah tells us that we must be willing to put down our burdens and walk away from them – and walk toward HIM. We are being asked by the King to replace those chores with a celebration. Anyone who has every prepared for a celebration knows that there is always a lot of work involved. However, we are always willing to do that work because of the blessings and joy that follow. Even during the “party” there is monitoring, serving, intermittent clean-up, refilling the food trays and punch bowl, keeping the music playing, getting more ice for the cold drinks…etc…

If we are willing to engage in the “work” of having a party for other reasons- celebrating a graduation, a retirement, a wedding anniversary – then we can begin to understand the joy of preparing and celebrating the Shabbat.

In the Hebrew text, the word Shabbat appears 78 times. In the Greek text of the Brit HaDasha

(NT), the word for Shabbat “Sabbath” appears an additional 58 times. This is an astounding total of 136 (120 verses) scriptural references to one single word! As a powerful point of comparison, the term “born again” appears only in the Brit Hadasha and only four times. The four occurrences are even more astoundingly paired together! The first pairing appears in John 3 and the second time together in 1Peter 1. It is profound. The Body of Messiah uses the term “born again” as a foundational concept –yet the Scriptural references of that very term are few and far between. However, Adonai, and specifically Yeshua/Jesus in the Brit HaDasha (NT), teach about the Shabbat in far more Scriptures and in far more depth.

This study is broken into 8 main sections

b.      Living in Humility – a life that leads to obedience

b.      The Shabbat Sacrifices & Offerings

d.      The Punishment for Disobedience

e.      Buying or Selling on the Shabbat

X.       Appendix –What about those home fellowships?

a lot of work goes into these PowerPoint's so if you can please donate do.

If file is no longer on server send e-mail to info@bethgoyim.org and he will send you the file. If you can make a donation it would be a blessing to the ministry.