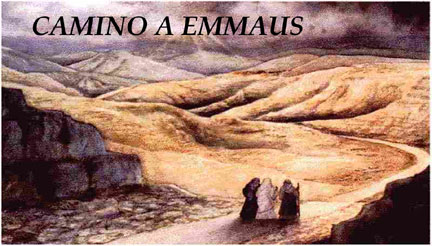 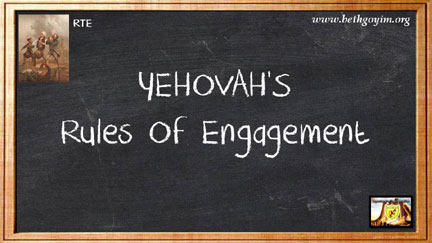 WHEN GOING TO WAR, WHAT ARE THE BIBLICAL RULES? ARE THERE ANY?

SCRIPTURE REFERENCES FOR THIS CLASS

Deu 20:1  "When you go out to fight your enemies and see horses, chariots and a force larger than yours, you are not to be afraid of them; because Adonai your God, who brought you up from the land of Egypt, is with you.
Deu 20:2  When you are about to go into battle, the cohen is to come forward and address the people.
Deu 20:3  He should tell them, 'Listen, Isra'el! You are about to do battle against your enemies. Don't be fainthearted or afraid; don't be alarmed or frightened by them;
Deu 20:4  because Adonai your God is going with you to fight on your behalf against your enemies and give you victory.'
Deu 20:5  "Then the officials will speak to the soldiers. They are to say, 'Is there a man here who has built a new house, but hasn't dedicated it yet? He should go back home now; otherwise he may die fighting, and another man will dedicate it.
Deu 20:6  " 'Is there a man here who has planted a vineyard, but hasn't yet made use of its fruit? He should go back home; otherwise he may die fighting, and another man will use it.
Deu 20:7  " 'Is there a man here who is engaged to a woman, but hasn't married her yet? He should go back home; otherwise he may die fighting, and another man will marry her.'
Deu 20:8  "The officials will then add to what they have said to the soldiers: 'Is there a man here who is afraid and fainthearted? He should go back home; otherwise his fear may demoralize his comrades as well.'
Deu 20:9  When the officials have finished speaking with the soldiers, commanders are to be appointed to lead the army.
Deu 20:10  "When you advance on a town to attack it, first offer it terms for peace.
Deu 20:11  If it accepts the terms for peace and opens its gates to you, then all the people there are to be put to forced labor and work for you.
Deu 20:12  However, if they refuse to make peace with you but prefer to make war against you, you are to put it under siege.
Deu 20:13  When Adonai your God hands it over to you, you are to put every male to the sword.
Deu 20:14  However, you are to take as booty for yourself the women, the little ones, the livestock, and everything in the city—all its spoil. Yes, you will feed on your enemies' spoil, which Adonai your God has given you.
Deu 20:15  This is what you are to do to all the towns which are at a great distance from you, which are not the towns of these nations.
Deu 20:16  "As for the towns of these peoples, which Adonai your God is giving you as your inheritance, you are not to allow anything that breathes to live.
Deu 20:17  Rather you must destroy them completely—the Hitti, the Emori, the Kena`ani, the P'rizi, the Hivi and the Y'vusi—as Adonai your God has ordered you;
Deu 20:18  so that they won't teach you to follow their abominable practices, which they do for their gods, thus causing you to sin against Adonai your God.
Deu 20:19  "When, in making war against a town in order to capture it, you lay siege to it for a long time, you are not to destroy its trees, cutting them down with an axe. You can eat their fruit, so don't cut them down. After all, are the trees in the field human beings, so that you have to besiege them too?
Deu 20:20  However, if you know that certain trees provide no food, you may destroy them and cut them down, in order to build siege-works against the town making war with you, until it falls.

If file is no longer on server send e-mail to info@bethgoyim.org